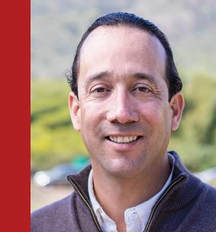 A native of Tijuana, Hector Lujan enjoyed working on his family’s farm in Baja California as a boy. He is a graduate of the Instituto Tecnologico de Estudios Superiores de Monterrey, México with a degree in business administration.

Lujan worked several years in the financial sector before joining one of his former professors at Bionova Fresh, a subsidiary of the holding company Grupo Pulsar. Lujan managed its farming and marketing operations. One of Lujan’s tasks was to defend Mexican growers’ interests amid a U.S. tomato dumping investigation in the 1990s.

Lujan began working for Reiter Affiliated Companies as vice president of Central Mexico operations for Berrymex, a subsidiary. Within three years his territory had expanded to include all of Mexico. He was instrumental in helping growers improve their practices. Lujan’s team taught growers that the more they put into their crops, working the soil well and deep, the stronger the plant, better fruit and higher yields.

Lujan moved to the U.S. in 2011 and continued to run Mexican operations as well as those in California and wholly owned farms until 2013, when he became Reiter’s chief operating officer. His promotion to CEO in January 2017 comes as former CEO Garland Reiter moves to the role of executive chairman. Lujan is the first non-family member in the role of CEO. He lives with his wife and four children in Santa Barbara.

REITER AFFILIATED COMPANIES
Reiter Affiliated Companies is the largest producer of berries in the world, growing Driscoll’s proprietary varieties of strawberries, raspberries, blueberries and blackberries year-round.
They have grown from a small 5-person family farm on the Oxnard plains to an impressive expansion of acreage and investments are in the United States (California, Florida, Oregon), Mexico  (Michoacán, Puebla, Jalisco and Baja California Norte), and in Portugal, Morocco and Peru. The company is divided into business producer areas with regional companies like Berrymex.

Reiter is a pioneer in farming, able to “revolutionize” the berry industry by staying at the forefront of innovation, utilizing cultural farming practices, and establishing a year-round supply and demand for berries.

The company has also had a legacy investing in its people, notably healthcare and housing. Reiter established the first U.S. private primary health care clinic, La Clínica FreSalud, exclusively for farmworkers and collaborated with UC Davis and Berkeley to fund and implement an obesity and diabetes prevention program known as ‘Sembrando Salud’ among Reiter’s ranch communities. 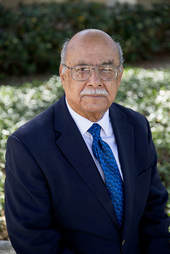 ​Joe Mendoza is a 60-year veteran of education who has championed the often-neglected population of migrant, homeless, foster, incarcerated, teen parents, and other at-risk children. Mendoza has helped generations of students in special circumstances through his early work as a teacher, administrator and in his current role as Ventura County Office of Education’s Director of Special Populations Educational Support Department.

Mendoza works closely with migrant parents showing parents how to help their children succeed in school and go onto college. “The groups I work with are in poverty for the most part,” Mendoza said. “Which makes it very hard to look to the future. They don’t see the future or the value of education because they’re so focused on the present, on survival.”

Mendoza understands what it’s like. He grew up in La Colonia and attended a segregated school where Spanish was forbidden on the playground. By the time Mendoza, his brothers and most of the local boys were 10 or 11, they frequently joined their parents in the field. He remembers an attendance officer who would search for truant kids working in the fields, picking them up and driving them to school.

When asked about housing growing up, Mendoza comments: “We had no choice but to live in La  Colonia because it was the only area we could afford to rent.  It was a form of ‘economic segregation’, which resulted in ethnic separation, as well.”

Recognizing the importance of education, Mendoza went on to college receiving a bachelors in Spanish language and literature from the University of Redlands and a masters in Cultural Anthropology from USC. With a desire to help children, his first position was teaching 6th grade in Inglewood enabling him to continue graduate work at USC.

This past May, Joe Mendoza received an honorary Doctor of Humane Letters from Cal State Channel Islands University in recognition of his work as a teacher, administrator, speaker and advocate for thousands of students in need.
DOWNLOAD PDF with information about Hector Lujan, Joe Mendoza, and chef Tim Kilcoyne.